For many, qualification races represent an inner journey - a form check, a physical preparation, and a way to feel the thrill of an upcoming challenge. For Gunnar Forssell, the race Lidingöloppet On Tour Powered By Klövern also became a grand summer journey through Sweden. So far,, he has not only qualified himself to the race this fall, but simultaneously explored six cities across the country. 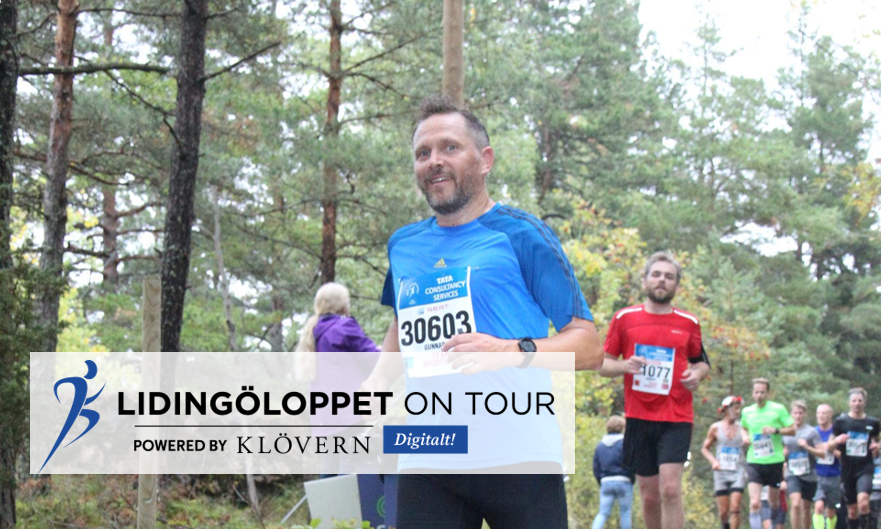 You have now completed all six of the nine stages in Lidingöloppet On Tour Powered By Klövern. What was it that made you start your journey across Sweden?
I travel a lot at work and was on my way to Gothenburg at the same time as Lidingöloppet On Tour Powered By Klövern was launched in Skatås. I thus took the opportunity to run it while I was there. As the following weeks were full of trips across the country, it became easy to take part in the following stages in,for example Västerås, Linköping and Nyköping and make them fun stops along the way.

Almost all stops during the tour have been new to me - it is only the last 10K on Lidingö that I had seen before. This made the tour a way to discover Sweden in running shoes and to see historic lands, nature reserves, forests, meadows, the mainland and peninsulas, as well as the conditions for recreational sports in different parts of the country.

What has been the highlight of your journey so far - the stage in Gothenburg, Uppsala, Västerås, Linköping, Nyköping or on Lidingö?
It was probably the stage which went around around Björnö in Västerås - one of the most scenic 10K-courses I have ever run. I had never visited Björnö before and was surprised to see the very nice trails in beautiful natural landscapes, which only got more picturesque thanks to the perfect weather conditions. It was a great feeling to finish challenge as the the sun was shining and the birds were chirping.

How did you celebrate after finishing each stage?

I celebrated by driving home to upload the file with my result as soon as possible in order to see how I did in relation to the other participants.

Is there any place in Sweden that you have missed during the tour and that you would have wanted to visit during your journey throughout Sweden?
I am originally from Västergötland and have run races on the beautiful mountain Billingen in Skövde. As a local patriot I would have enjoyed to run a stage there this year as well! They have nice, audience-friendly running tracks with good conditions for running events.

In the same spirit, I would have liked to run in Tibro, which with its great trails is worth a trip. To complete the Sweden tour, I would also have liked to take part in a stage somewhere in Norrland.

The last stage in Ursvik in Stockholm (August 30 - September 5) can be seen as your home course. How will you prepare for the grand finale of your jouney across Sweden?
I will probably try to bring a family member who can cheer me on along the course. When I have reached the finish line I will celebrate with a small group of friends and family.

Which of the racea will you run during the TCS Lidingöloppet Week (TCS Lidingöloppsveckan) this autumn? Will you take part in most races, in the same way as you did this summer?
I will probably focus on the classic 30K race.

TCS Lidingöloppet sends our cheers to Gunnar and to the rest of the Lidingölopper community during all journeys - mental, physical or along Sweden's country roads - on the way to the race this autumn!

It is still posible to qualify for the TCS Lidingöloppet race waves - either during Lidingöloppet On Tour Powered By Klövern in Ursvik (August 30 - September 5), during Blodomloppet Stockholm på Distans, or through Racefox Digital Seeding.